Understanding the blockchain technology (ELI5): What it is and how it is working - An advanced guide!

The real world is too restricted with drawbacks of the existing system and with constant research; people try to move on to find a better one. Back in 2009, the most innovative technology - “blockchain”, alongside with Bitcoin, a digital currency became the best combo in the ledger world. With extensive knowledge and work experience in this technology, Epixel MLM Software have prepared an article about blockchain technology. Let me make it easier with the current system.

Savannah is horse-person, and she loves to go out and watch horse races. Now that she is interested in betting, she strongly believes that the horse she is betting on will win the race for sure. She wants to place a bet for a certain amount with her dearest friend Ann and that too with a big amount. The bet is on and she won it comfortably. Now that, Savannah has won the bet, she is asking for the betting amount to Ann and Ann refuses to give it. She says that she never even made such a bet with Savannah. At last a third person comes in and tries to settle down it by asking an equal amount of money from the two and promises that the money goes for the winner after a small interaction.

Savannah waits for the winning money and the third person never even showed up. Guess what, they both lost the money. The same scenario might happen in the real world.

With proper ledger and contracts, these fraudulent activities can be minimized and make it into immutable records with high transparency. Let’s enter into the ledger world, and explore all the necessary aspects covered in the blockchain technology.

What is blockchain technology?

Digital wallet: Digital wallet a software program from which sending and receiving of a cryptocurrency is carried out.

Ledger: A digital record which contains all the transactions in the blockchain network open and is transparent in nature.

Nodes: Computers connected across the world to validate each and every transaction in the blockchain network.

Public key: It’s a cryptographic code used to receive Bitcoin from the network and is derived while creating a private key.

Private Key: A special key which gives a Bitcoin user to send it to others and it’s only accessible to the wallet holder.

Blockchain technology is well the best way to overcome all the drawbacks of the present system and give a perfect solution. The simple definition can be depicted as below, What is the blockchain transaction?

Let’s continue this article with the betting guys itself.

Savannah wants to send 2 BTC to Anna, and basically a digital wallet stores this Bitcoin safely. Technically, Bitcoin comes with a private key which allows Bitcoin owner to send and receive Bitcoins. It’s not exactly a storage part, in fact, it’s more than that – sending & receiving etc. are done using this wallet.

Let's come back to where we left before when a transaction request is initialized, the first step is to check whether the wallet has the required amount of Bitcoin or not. Then the node system comes in, a ledger is connected to many computers with high-end configurations and computing power. They are called “nodes” and are spread out across the world. These nodes are used to validate from initial point to completion of a transaction. Every transaction is done via connected blockchain network, and nodes validate it.

As Savannah needs to send 2BTC to Anna, the following process kick starts.

This is the simplest version or explanation of a Bitcoin transaction process.

Now that you know the non-technical side, the one question that might be disturbing you is – how exactly is blockchain technology different from that of financial institution structure? Basically, financial institution/bank is a centralized system where transaction history is private in nature i.e. a team will be there to control, and the transactions are not available for public reference. Meanwhile, in the blockchain network, all the transactions are open to public, and everyone can access this information. And there is no centralized team to check these process or complaint if any errors occurred. However, one cannot alter this data without the approval of connected network.

You may call it as a risk part to bear – no customer support team to help you or assist you if something went wrong and the reason is that the system is open source in nature. The contributions came from many developers across the globe and it’s important for you to understand the technical side too.

How does blockchain verification work and how do you build a blockchain?

Now that you’ve got the basic ideas right, let’s move on, and understand the technical side now.

Beginning with the technical side, let me introduce you with two terms – “private and public key”.

The public key is encrypted and available with the paired private key. While Savannah sends 2BTC, the private key will be generated and is used to send the Bitcoin. As the private key is not disclosed to the network, only she has the authority to send the Bitcoins from the wallet. As told before nodes will validate this transaction request checking whether it comes from Savannah or not etc. And this is done by decrypting the message of the public key. 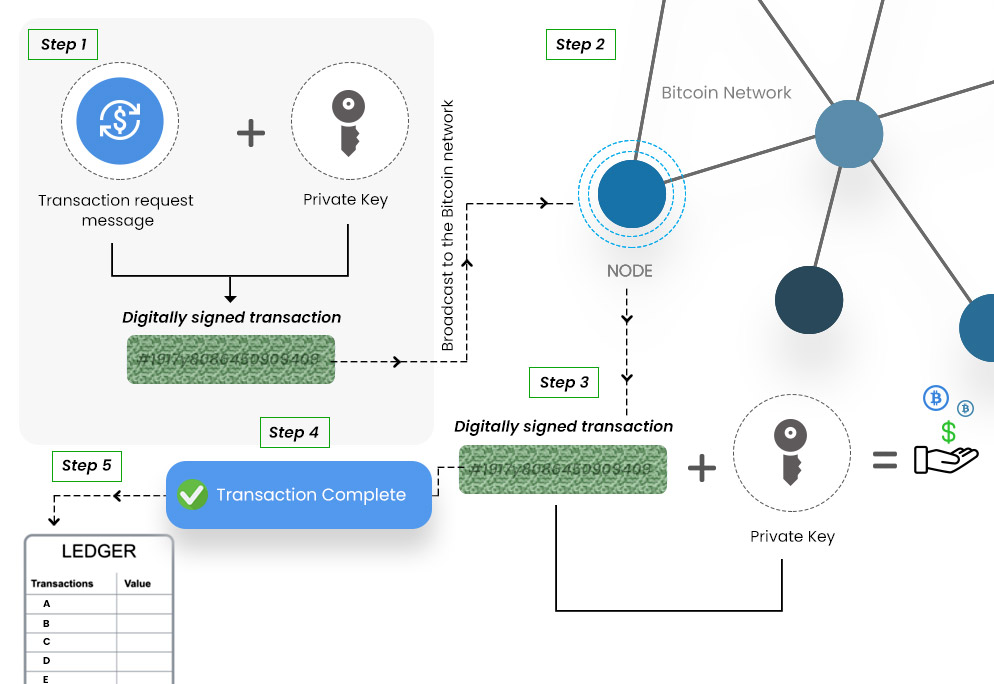 “Public key is provided for public access and it can be accessed only with a private key. Individuals get both public as well as private keys. The public key will be in the blockchain and with the private key, the concerned individual gains access to his/her data.”

In short, every transaction is stored in the ledger after validating. How the nodes validate a transaction and what exactly is happening out there? Let’s see that part here.

Mining: A problem to solve!

Mining is an important term in blockchain and Bitcoins are earned using this technical process. Usually, when a transaction is initialized and broadcasted, the final step to confirmation is “validation”. And this validation is done via the mining process and until then, the transaction will be labeled under “unconfirmed transaction pool”. A transaction moves to the confirmation table only after a miner completes the validation part. Basically, a mathematical problem is generated during the initial point of transaction request itself. And using a special hashing algorithm a miner resolves this special problem and to be honest it’s ain’t that simple! So, during the mining period, the nodes choose a particular transaction from the unconfirmed pool and then validate it. The same process repeats every time for validating the transactions in the blockchain network. For every validation process, the so generated mathematical problem differs. It’s vital because if every input (code used for mathematical problem) is the same then, one can easily expect or predict the corresponding output. A 256-bit address is generated and it’ll be in the hexadecimal (0-9 or A-F) form, a particular number of bits are then hashed to result in the form of 0’s (nonce). Once this is achieved then, the problem is said to be solved!

The other connected nodes validate this and if found correct, then the problem is said to be solved. Now a block will be added in the blockchain and miner, the one who solved the problem gets the reward in terms of Bitcoin. The algorithm used for this mining process is known to be “Proof of work” and this process is termed as “mining”.

The hashing algorithm so developed is based on SHA-256 and this generates a cryptographic hash of that string.

The so-added blocks are connected to each other, one after the other and a block contains not just the present transactions but also the previous ones too. The block will look like, Thus, each block is connected to other blocks.

The rewards (after usually are in numbers of concerned cryptocurrency, in this case, “Bitcoin”. 12.5 BTC is provided as a reward, and usually at the beginning of the mining process, the complexity of the problem will be somewhat in a medium level. But, as it progresses on, the difficulty seems to increase and the rewards began to decrease. However, the algorithm constantly monitors the process and if any difficulties are found in solving the problem then, the measures are taken to make it better.

Network stability and overall security are made sure in the concerned blockchain and various strategies are taken care to maintain this flow. Also, as per Bitcoins data in every 10 minutes, a block is being added and make sure the circulation of the Bitcoins are considered too. 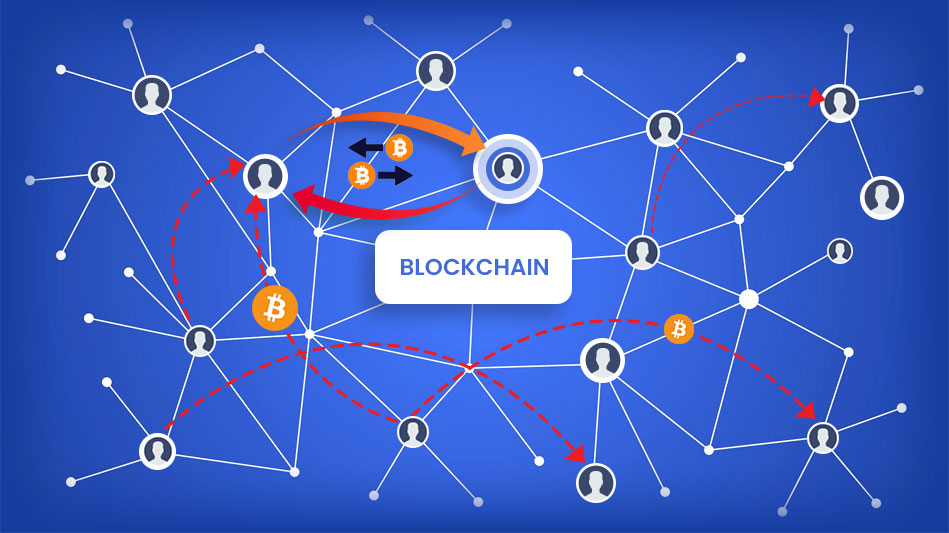 The above explanation is carried out in terms of Bitcoin and well, there is a difference between these two terms. You have already understood the difference but still for clearing the air, we’re mentioning the basic difference here. The blockchain is the technology or the ledger system and Bitcoin is the cryptocurrency used for transactions and is recorded in that ledger system. Basically, using Blockchain, these transactions of Bitcoin or other currencies are validated and recorded.

By analyzing the data above, it’s sure that an advanced version of the technology is used in the blockchain system and it ain’t vulnerable to hacking easily. However, as the blocks in the system increase in numbers, then, there might cause some scalability issues. What exactly do new blocks keep adding means? It means that more transactions are occurring in the system and the size thus keeps increasing on and on. The size and amount of Bitcoin system matter, and it does have a limit.

Every node in the network shares a copy of ledger and it needs a lot of space. Similarly, with the above scenario, this value will pile up to a big number. The computational power, the electricity, the storage, etc. everything does matter. These together causes huge “scalability issues”, and it’s not easy to solve!

Hope you’ve understood about this blockchain technology in depth using this article.

Highlights of this article:

In our future articles, we’ll be discussing in depth about the scalability issues, various applications of the blockchain system, startup ideas, and much more.

As blockchain technology is an excellent way to make your business strong, and easy, it's time to adopt this technology before it's too late. Blockchain development as a service is highly secure and is now progressing in the real world applications.